Ghosting: why did my Candidate disappear?

In this article you will learn:

I suspect that each of us has been ignored by someone at least once in our lives. Someone cut off contact with you, stopped responding to your calls, texts, emails, started acting as if you never knew each other before. If you have had at least one such situation in your life, you are among those who have experienced the phenomenon of “ghosting” on your own skin. Or perhaps you yourself are a person who has committed ghosting, e.g. on a telemarketer to whom you could not refuse to listen to his offer, said you would consider it, then after the call ended you blocked his number or wrote it down as “DO NOT ANSWEAR!”?

Ghosting in dating… But is it only there?

Of course, ghosting doesn’t just work one way, and many recruiters also have their own beef with the subject. However, in today’s article we will focus on the reasons for ghosting on the part of candidates and ways to counteract it.

Speaking of the reasons for ghosting, it is worth noting that there are many and it is difficult to list them all. Much of it does not depend on us, the recruiters. About the real reasons for the candidates’ decision to ghost the recruiter, I decided to ask the candidates themselves who have ever decided to do so and conducted a survey on LinkedIn. 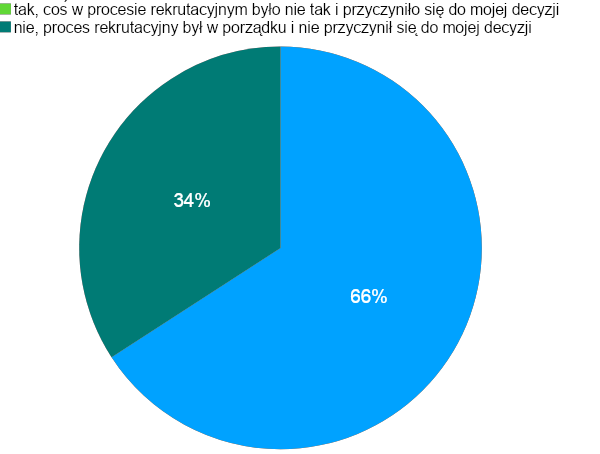 Among the reasons for a candidate’s gaffe with the recruiter during participation in the recruitment process, which the recruiter or employer probably influenced (probably – because processes/situations vary), candidates mention :

Among other responses (3%), respondents cited: 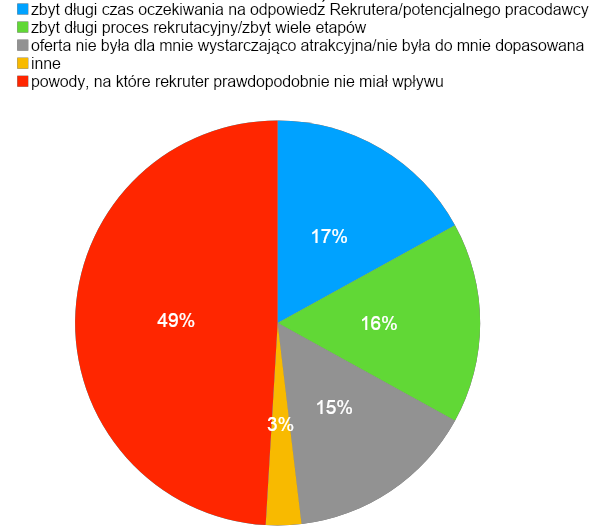 The reasons cited by survey respondents, which the recruiter/employer probably had no control over, were:

Humans by nature prefer what is convenient and easy for them, so they often avoid difficult, uncomfortable situations, such as admitting to having changed their minds when they had previously declared an interest or saying outright that the offer is not interesting to them (the example with the telemarketer given at the beginning of the article). It is also uncomfortable to announce the decision to accept an offer from another company or to stay with the current employer because of a raise received. Often the reason for “escaping” into ghosting is fear of change. Add to this the fading sense of loyalty/privilege to the recruiter/employer and the endless new opportunities in the job market and well… No one said the job of a recruiter would be easy 😉

5 tips on how you can avoid ghosting

We must remember that even if we polish every element of our recruitment process, the offer we have for a candidate is the best on the market, and the cooperation with the hiring client is great, we still cannot eliminate 100% ghosting by candidates during recruitment processes. However, we can work on the reasons why this occurs, which, as recruiters, we have a real influence on.

1. Maintain constant contact with the Candidate and take care of the Candidate’s Experience throughout the recruitment process.

It is worth accompanying the candidate at every stage of the recruitment process, asking for feedback, giving feedback, listening and responding to concerns that arise. It’s not about being available to candidates 24/7, but if a candidate called when you couldn’t answer – call back later. If he wrote a message – write back. If you promised feedback on a specific day, give it on that day or apologize and inform of the delay. Let the candidate know what’s going on in the recruitment process, and you’ll increase the likelihood that they’ll let you know what’s going on with them, too. Building a bond and relationship with the candidate based on trust and sincere communication from the very beginning of the process will help us eliminate many of the reasons candidates ghost recruiters. Let’s make sure that the candidate knows all the details of our offer, as well as knows and understands the recruitment process. Respect the candidate, his time, his expectations. Be prepared to talk to the candidate – carefully review his resume and profile on LinkedIn, prepare all the information about the company and the position you are recruiting for – all the information you yourself would want to know in his place. Put yourself in the candidate’s shoes and treat them as you would want to be treated yourself. If you don’t know the answer to a question, boldly admit it, assure that you will inquire and send the answer by email or text message. After you’ve finished interviewing a candidate, you can send them an email with your offer so that they can come back to it at any time or compare it with other offers. Also, help the candidate prepare for a recruitment interview with our client. Give clues as to what questions might come up on it. If you can take some of the stress away from the candidate, if only by telling him what the dress code is at the company, or how to get to the company – do it, and he will certainly appreciate it.

2 Plan a short and dynamic recruitment process and close it quickly.

It is worth ensuring that the recruitment process consists only of the key steps needed to evaluate a candidate. If a candidate needs to have several interviews with different decision-makers, suggest that they appear in one longer meeting or that these interviews take place on one day. As recruiters, we also often have to keep an eye on clients to make sure they don’t think too long about making an offer to the person they think is right, because at that time another company may also come to the same conclusion. And often – unfortunately – first come, first served. Once we have an offer for our candidate, let’s give him the good news the same day and, if possible, sign the contract as soon as possible after accepting the offer, even a few weeks before the planned date of employment.

3. Ensuring that the offer is in line with the candidate’s needs and expectations.

None of us likes to waste time unnecessarily. Candidates often take the time to make sure that their LinkedIn profiles or their resumes contain all the basic information about what kind of education, experience, skills and expectations they have, and what direction they want to move in. If a candidate’s resume or profile states that he or she is studying/studied in the field of economics, has experience in this area and is keen on further development in this direction, do not offer him or her a job in HR. And if he is in a senior position, let’s not offer him a junior one. 😉 The same applies to expectations, for example, financial. If the candidate has made it clear to us that he or she will not go below a certain salary amount, then let’s not accuse him or her of offers with ranges below that amount. Nor should we expect him to accept an offer from our client that does not take into account his expectations. In such a situation, it is worth reminding the customer what those expectations were. If you have the authority to do so, also make sure that the job offer the candidate accepts coincides with what he or she will find in the new workplace.

4. After hiring, let’s make sure to create a bond between the candidate and our client, especially if there is a lot of time left until the start date.

It is a good idea to send the candidate an onboarding agenda beforehand, a brochure/video familiarizing them with the company’s climate, the team they will be working with. You can also organize a pre-onboarding, informal meeting with future colleagues so that the candidate already feels part of the company, part of the team.

This tip connects to point 1. From the beginning of the process, the candidate should know that you respect their expectations, but also their concerns. Encourage them to share them with you and assure them that they are important to you. It’s worth emphasizing already during the screening that you care about sincere communication that works both ways. Ask for feedback after the various stages of recruitment. Tell the candidate that you’d rather hear “no,” “it doesn’t suit me,” “I resign,” than not know what’s going on. Without feedback from the candidate, there is nothing we can do to guard against another such situation in the future. This is especially important when we had a say in the candidate’s decision to ghost us. Knowing what we did wrong or what is wrong in the recruitment process or offer, we can change it.

And finally, remember that, as I mentioned earlier, unfortunately candidates also experience ghosting from recruiters. This is the worst enemy of both good Candidate Experience and Employer Branding. So let’s make sure to give feedback to all candidates during and after the recruitment process (including if the candidate is rejected or the process is delayed or closed!). Remember that feedback (especially negative feedback) should be constructive and that the candidate should be able to learn something from it for themselves for the future. Let’s make sure that such feedback is as extensive as possible. In recruitment, as in everyday life, it’s useful to be guided by principles – treat others as you would like to be treated by them yourself. The good is coming back! So by working on our own behaviour toward candidates, we can help reduce ghosting on their part, and I guess none of us likes to be ghosted?

Also read what is Talent Pooling.